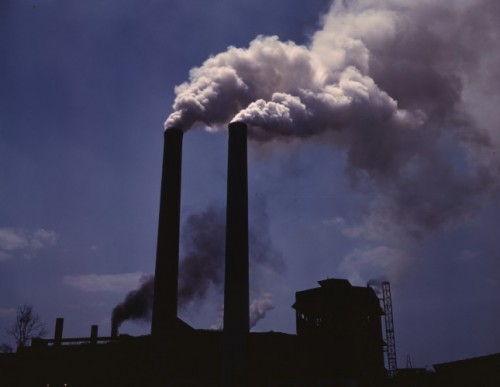 To mark Clean Air Day 2020, experts at The University of Manchester , on behalf of the co-ordinators of Clean Air Day, Global Action Plan, and the Philips Foundation, have published new modelling demonstrating that maintaining lower outdoor air pollution (NO2) levels could improve a child’s ability to learn. The model finds that maintaining lower air pollution levels in and around school grounds by 20% could enhance the development of a child’s working memory by 6.1%, the equivalent of four weeks extra learning time per year.

The findings are part of the Clean Air for Schools Programme, a year-long research project which looked at how air pollution and its effects on children can be tackled in schools across the UK & Ireland. Launched in October 2019, the Programme includes additional field research undertaken in 19 schools totalling approximately 6,000 students across Greater Manchester, looking into the most effective actions for reducing indoor and outdoor air pollution. In addition to improving children’s health[1], the Programme’s latest findings from the UoM modelling show that reducing air pollution will also improve children’s ability to learn, supporting teachers who are already under pressure to ensure pupils regain lost education time during lockdown.

An overview of the findings from the model, which estimates the impact of changes in outdoor air pollution (NO2) on the development of working memory, are detailed in the below table:

Air quality data by Department for Environment, Food and Rural Affairs (DEFRA) shows air pollution decreased by up to 40% on average across the UK in peak national lockdown during April and May 2020 compared to the same time last year. In light of this, the campaigning group urges that it is viable to maintain a 20% reduction around school grounds through actions included in the Clean Air for Schools Framework.  Actions include School Streets, which when enrolled in the London Borough of Hackney, one of the leading community grassroots initiative proactively tackling air pollution, traffic reduced by an average of 68%, the number of children cycling to school increased by 51% and vehicle emissions outside schools (NOx, PM10 and PM2.5) are down by 74%.

Based on the modelling by experts at  The University of Manchester , even a 20% increase in outdoor air pollution (NO2) could stunt the development of a child’s working memory by up to four weeks per year. Up to 2,000 schools and nurseries are close to roads with air pollution above the baseline level used in the model[i], meaning that at least 500,000 children are exposed to levels of pollution that would affect working memory. But the impact is also felt at lower levels than the 40µg/m3 baseline and so many more thousands of pupils also stand to benefit from a reduction in pollution. The exact number of pupils held back by excessive pollution is unknown because there is no national monitoring system for air quality in schools.

The Clean Air for Schools Framework, developed by Global Action Plan, the Philips Foundation and the UoM, is a free online tool that gives teachers, headteachers, parents and local authorities a bespoke blueprint of actions for tackling air pollution in and around the school. Its database of actions include interventions that can be taken both inside and outside school grounds including implementing school streets, improving indoor ventilation and consolidating deliveries. At a time when schools are urgently reviewing their operations, implementing major changes to the movement of pupils and parents on their premises, the group is calling on all schools across the UK & Ireland to adopt and implement the framework, with support from local and national government.

All actions in the Clean Air for Schools Framework have been vetted by existing research, academic insights and in-school air quality testing by the University of Manchester and further refined in collaboration with teachers and students. Notably, in classroom research conducted at Russell Scott Primary School in Greater Manchester found that using an air purifier over a short period of time can reduce levels of indoor air pollution (PM2.5) by up to 30% in classrooms.

Chris Large, Co-CEO at Global Action Plan says: “This year long research project has uncovered the effects air pollution has on our children’s ability to learn, as well as their health. Given lockdown restrictions have already impeded learning time, we must give all children a fighting chance, especially those in pollution hotspots who are also likely to be victims of the attainment gap. The new Clean Air for Schools Framework is now available for free to help any school set up a clean air action plan, but schools cannot do this alone. We ask the government to bring together all parties with potential solutions – NGOs, local government, education leaders and businesses – to combine under one national effort to eliminate harmful pollutants from schools.”

“Every child has the right to learn in a safe working environment which not only protects their health, but also safeguards their ability to learn and shape their future prospects. It is imperative that we take immediate action to protect the futures of our children who have already experienced severe disruption to their learning over lockdown and cannot afford to be held back any further. As a society, we already have many practical tools at our disposal to tackle air pollution and with schools, parents and local authorities working together, we can put them into place today, ensuring this generation of schoolchildren have the best possible learning environments we can give them. We therefore urge the UK Government to encourage all schools to adopt the Clean Air for Schools Framework.”

“Pollution of indoor and outdoor air affects the health of our children. In addition, the available evidence indicates that it affects their cognitive development, which may affect educational attainment. We’ve spent a year investing how to improve air quality in and around schools which will benefit child’s health and educational development and should be a priority for government, local authorities and schools.

“Studies that investigate the link between exposure to air pollution during early life and effects of educational attainment and brain health at later life are urgently needed and policies should be set out by ministers to tackle this urgent challenge, immediately.”

The Mayor of London, Sadiq Khan: “I am doing everything in my power to stop Londoners breathing air so filthy that it damages children’s lungs and causes thousands of premature deaths. The Ultra-Low Emission Zone has already cut toxic air by a third and led to reductions in roadside nitrogen dioxide that are five times greater than the national average. We recently launched our School Streets air quality monitoring project and are funding 430 new School Streets as part of our world-leading Streetspace plan. This will play an important role in enabling parents and children to walk, cycle or scoot to and from school which has so many benefits, not least in improving air quality. We know there is still more to do, and the task is made all the more urgent by emerging evidence of the link between air pollution and the worst effects of COVID. Pollution isn’t just a central London problem which is why I am committed to expanding the ULEZ next year. I have consistently demanded that the government match my ambition and improve the environment bill to include legally binding WHO recommended limits to be achieved by 2030, and to give cities the powers they need to eradicate air pollution.”

Greater Manchester, Director of Public Health, Eleanor Roaf: “This year, during lockdown, one of the very few positives was the improvement in our air quality. We’re in danger of losing these gains, but if we all try and change our habits, and in particular, walk and cycle for as many of our shorter journeys as we can, then we’ll reduce congestion and improve air quality, which will not only improve our health but also reduce our covid-19 risk. We encourage all schools in Greater Manchester to harness the free Clean Air for Schools Framework to eliminate harmful pollutants from in and around the school premises.”