What’s the Difference Between College and University in the USA? - JobScholarships Hub
Skip to content

What’s the Difference Between College and University in the USA?

As your student explores the options for furthering their education and earning a degree, they’ll likely notice something interesting. One school may be labeled a “college,” while another is labeled as a “university.”

It isn’t uncommon for people to use the two terms interchangeably in conversation. But, when it’s time to choose a school, students may worry that it’s incorrect to treat each option like they are the same. This leads many students to wonder a few things, including:

If your student is trying to pick a school and wants to understand the difference between college and university in the USA, here’s what they need to know.

Understanding the Difference Between College and University 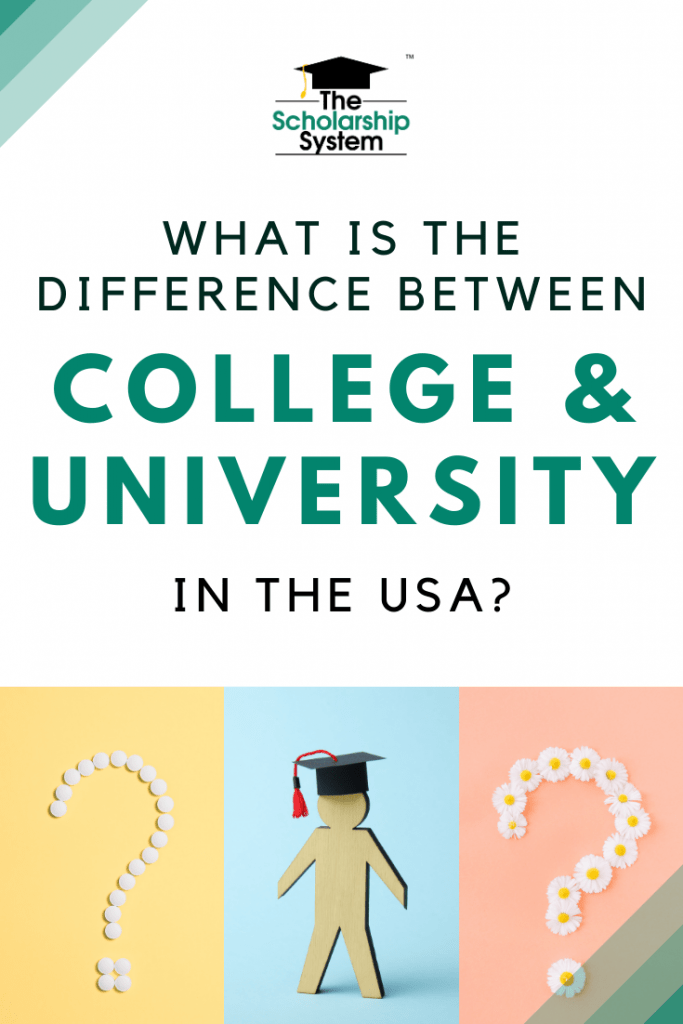 If your student wants to understand the difference between college and university in the USA, it’s important first to learn what each one is and how it generally operates. That way, the differences are easier to spot.

With that in mind, here’s an overview of what a college and a university is, as well as the main difference between them.

What Is a College?

Generally, though not universally, colleges are educational institutions that focus on undergraduate degrees. They may focus on particular subject areas, like fine art or technology, or offer a broad range of majors, encompassing both arts and science programs.

When it comes to specialty colleges, liberal arts colleges are the most common. These schools encourage students to explore a broad array of subjects instead of focusing on one area.

As for their student populations, colleges can be of any size. While many are smaller institutions, some are quite large. For example, Broward College’s enrollment is about 40,800 students.

What Is a University?

At times, universities refer to their various departments as “colleges,” which can create some confusion. For example, a university might have a “College of Mathematics.” In that regard, “college” is used in place of “program,” “department,” or something similar. It isn’t a separate entity, per se, just part of the larger whole.

The largest higher education institutions in the U.S. do tend to be universities. For example, the biggest one, Liberty University, has more than 100,000 students enrolled, offering more than 700 programs.

However, universities can also be of any size, just like colleges. One of the smaller ones is Lincoln University, which has a student population of about 2,240. 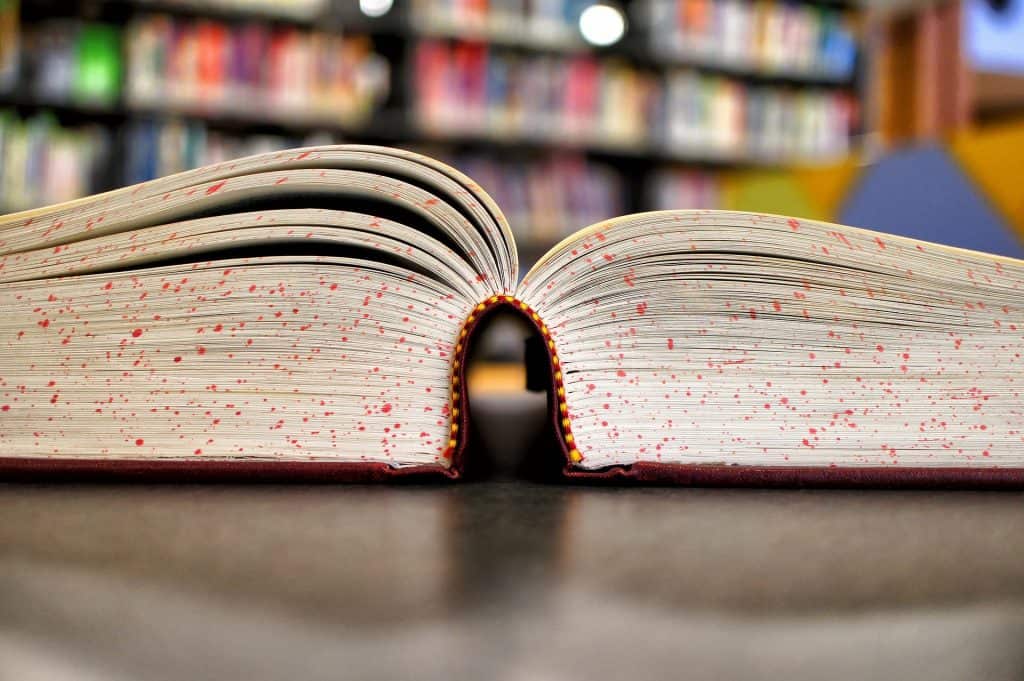 University vs. College: What Is the Main Difference?

Usually, the main difference between college and university isn’t physical size or enrollment numbers. Instead, it is the breadth of the educational experience the school offers.

For example, a college typically focuses on a limited number of degree levels. Community colleges – also called two-year colleges – concentrate on Associate’s degrees, and potentially some similar length vocational programs. There are also four-year colleges. There, the primary educational focus is on Bachelor’s degree programs.

Universities typically offer more options. For example, there may be Bachelor’s, Master’s, and Doctoral programs all available at the school.

In many cases, the defining differences stop there. While it is more common to find robust research opportunities at universities, colleges can have them, as well.

Both colleges and universities can have large or smaller student bodies, active sports teams, or religious affiliations, for example. None of those characteristics belong solely to one or the other. 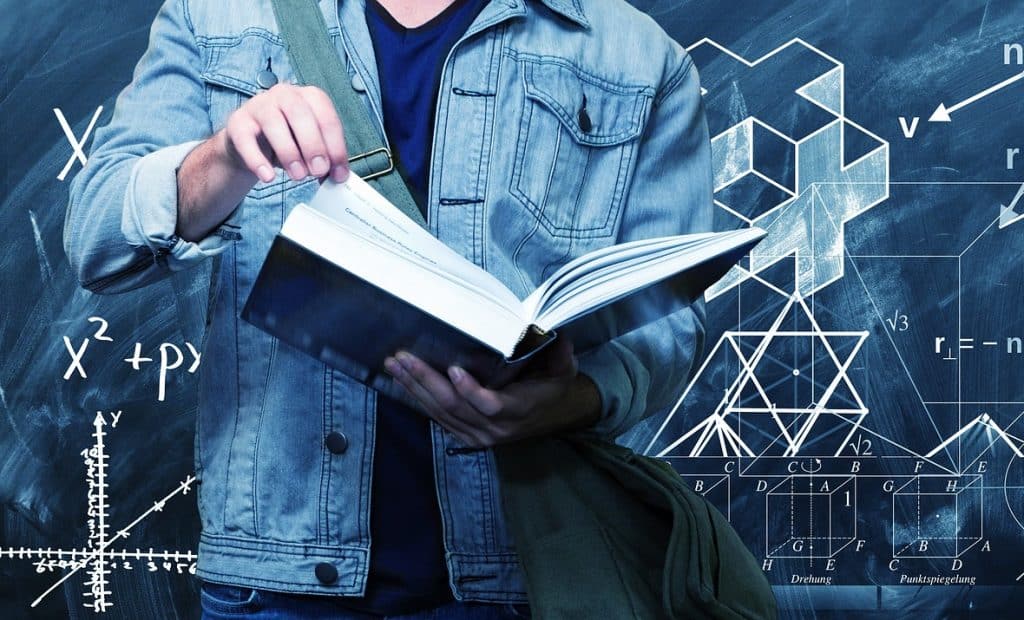 Do Any Colleges or Universities Buck the Trend?

Yes, some institutions buck the trend. For example, Dartmouth College offers graduate degrees, and so does the College of William and Mary.

While the breadth of the educational experience tends to be the differentiator, a school that offers graduate degrees isn’t required to call itself a university. There are no rules that make that a necessity.

However, in many of the cases where a school doesn’t follow the trend, the primary reason is tradition. For example, the school may have started as an undergraduate program-only institution, only to broaden its offerings later. Instead of going through a name change, the school decides to remain a college, even though it’s offerings better align with universities. 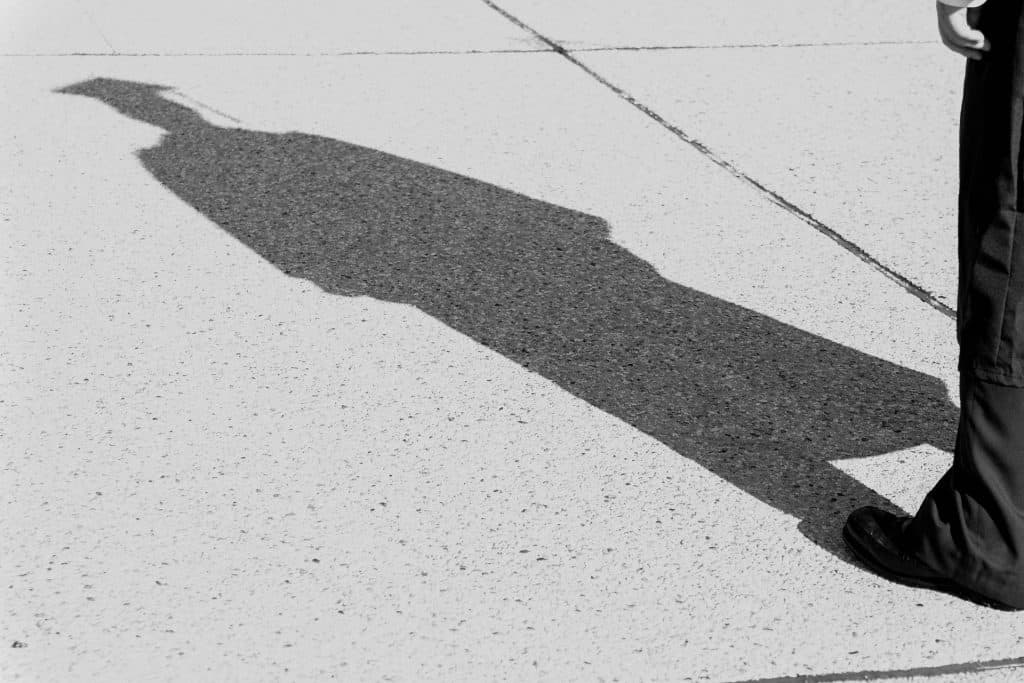 Are Universities Better Than Colleges Overall?

No, a school isn’t automatically better just because it’s a university instead of a college. There are many excellent schools in both categories. The label alone doesn’t dictate the quality of the experience.

Choosing Between College and University

Students who are trying to pick a school shouldn’t necessarily focus on the name. There are outstanding schools in both categories, so students shouldn’t rely on a “college” or “university” label when trying to decide where to go to further their education.

Instead, students should look at the various aspects of the experience a school offers. For instance, the cost of attendance, the quality of the teachers, class sizes, the school’s reputation, student reviews, and similar considerations should all factor into the decision-making equation.

Every school brings something different to the table. Plus, students have different needs and preferences. If your student is trying to figure out which option is right for them, whether “college” or “university” is in the name generally shouldn’t matter. Instead, they should focus on finding a school that will give them what they need to thrive. That way, they can have their ideal educational experience, whatever that may be.

The post What’s the Difference Between College and University in the USA? appeared first on The Scholarship System.