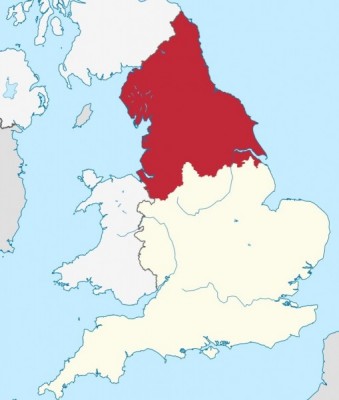 The Northern Health Science Alliance, NIHR Applied Research Collaborations (North East and North Cumbria, Greater Manchester, North West Coast, Yorkshire and Humber), and the NIHR School of Public Health Research report COVID-19 and the Northern Powerhouse: Tackling Health Inequalities for UK Health and Productivity looks at the impact of COVID-19 on the health and economic inequalities between the Northern Powerhouse and the rest of England.

It has found the pandemic hit the North harder and more deeply and that mitigating measures must be put in place to stop inequalities rising further and faster.

The report conservatively estimates the economic cost of the increased mortality in the North during the pandemic at £6.86bn and the reductions in mental health in the region due to the pandemic at around £5bn a year.

The increased mortality rates in the Northern Powerhouse remains significant even after accounting for deprivation, ethnicity and the age-structure of the population. Figures show austerity simultaneously put the region in a more vulnerable position by reducing health and wellbeing, and cost the UK around £2bn a year in lost productivity, with over £16bn lost since 2011.

Across the board these estimates are likely to be conservative as the North of England has been hardest hit during the second wave of the pandemic and these modelling exercises were concerned around outcomes from the first wave.

Professor Clare Bambra, Professor of Public Health, Newcastle University, said: “Our report highlights that we are not all in the pandemic together with the Northern regions being hardest hit. Health and wealth in the Northern Powerhouse lagged behind the rest of the country even before the COVID pandemic, and over the last year our significant regional inequalities have been exacerbated.

“We need to significantly ‘level up’ the country by providing immediate additional support to local authorities and devolved administrations in the North – and by investing further in public health prevention in the Northern Powerhouse. In this way, we can reduce the inequalities that the pandemic has highlighted and ensure that our regions are better equipped for building back better.”

Dr Luke Munford, Lecturer in Health Economics, University of Manchester, said: “The findings in this report reaffirm the results of our earlier analyses that showed the inextricable link between health and wealth. The Northern Powerhouse, on average, has been hit harder by COVID-19 than the rest of England in terms of both health and wealth outcomes.

“We cannot get away from their interconnectedness. The fact that these regional inequalities persist even after we account for deprivation and other known determinants means that there are other factors at play. These regional inequalities need to be addressed fast, or we risk letting the Northern Powerhouse fall further behind. A sensible place to start would be improving the health of people living in the Northern Powerhouse.”

“The pandemic has made things worse, and the dramatic rise in child poverty predicted will have negative impacts for generations to come unless we take concerted action. To have any chance of ‘levelling-up’ it is essential that families with children are prioritised in the pandemic response and that immediate action is taken to reduce child poverty.”

Professor Kate Pickett from the Department of Health Sciences at the University of York said: “COVID-19 has brought into sharp focus the unacceptable inequalities in health and life chances suffered by children in the North. We need policies now that support our families and children during and following the pandemic.”

Hannah Davies, Health Inequalities lead for the Northern Health Science Alliance, said: “Health inequalities between the North and the rest of England have been growing for over a decade. This report demonstrates the impact that has had on the productivity of the region and how it has led COVID-19 to take a devastating grip on the North.

“We call on the Government to follow the recommendations of the report to put mitigating measures in place, to support public health measures, reduce child poverty, tackle mental health to support North through the pandemic and allow its ambition of levelling up to become an achievable reality.”

The report authors make a series of recommendations to stop further deteriorations in the level of inequalities:

Henri Murison, director of the Northern Powerhouse Partnership, said: “We cannot ignore evidence that COVID-19 has had a vastly disproportionate effect and so it's essential we prioritise the clinically vulnerable and deprived communities when it comes to the roll-out of the vaccine.

“We fully endorse the recommendations for a locally-led track and trace system. As we go into the second national lockdown, now is the time to get a handle on improving the overly centralised system which has so far under-utilised local government knowledge and expertise.

“Even areas that have Metro Mayors, such as Dan Jarvis in Sheffield City Region, were not given backing for local models, despite their existing powers and significant public mandate. Nevertheless, places such as Bradford and Cumbria have had huge success in running their own locally funded systems.

“There is a clear link between health inequalities and productivity, which has been well demonstrated by Northern researchers prior to the pandemic. We, alongside 77 other business leaders across the North, wrote to the Prime Minister last week to make the case for a Northern Economic Recovery, including levelling up Research and Development spending, including in health, to the North.”