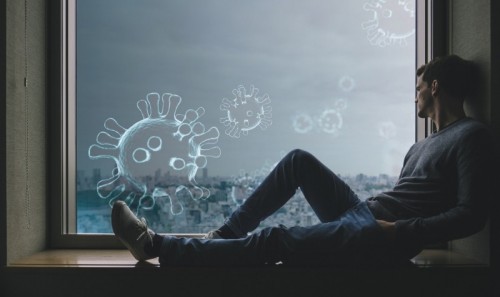 New research has found that the first coronavirus lockdown saw more people reporting common mental disorders in the UK, but that mental health began to recover once the lockdown eased. As the UK enters a further period of restrictions, this analysis highlights the particular issues that impacted on the mental health of adults in the UK during lockdown.

Looking in detail at the reasons that could be behind mental health issues, the analysis shows that the increase in mental health disorders during the first lockdown appears to have been linked to people feeling lonely, having Covid symptoms, working from home, caring for children and struggling financially. Recovery is possible though, as the study also found that in subsequent months, the prevalence of common mental disorders among UK adults reduced to pre-pandemic levels.

The study looked at over 13,000 interviews from a representative sample of UK adults in 2019-20 that measured people’s mental health before the pandemic and compared it to how their mental health had changed in monthly new surveys between April and July this year. Almost 30% of adults living in the UK who had not reported a common mental disorder before the pandemic reported experiencing one in April this year, but in May, this figure fell to under 13%.

The researchers, from The University of Manchester and the University of Essex, believe people’s mental health may have improved by July as lockdown restrictions were lifted, and because people’s worries about work, money and the pandemic eased when the government announced its measures to protect jobs. However, they also suggest people may simply have adjusted to their new circumstances.

Previous research has shown mental health and wellbeing declining during the pandemic, especially in April, but this research was able to look at specific causes of stress. It showed, for example:

• no effect on mental health of having healthcare treatments cancelled or postponed
• the immediate problem of paying bills also did not affect mental health, but broader financial concerns, both current and expected, did have an effect
• the chance of having common mental disorders increased for the unemployed in July compared to June
• by contrast, the chance of people who were furloughed suffering worsening mental health decreased steadily from April
• spending more time on childcare or home schooling was associated with a small increase in the risk of suffering common mental disorders, at least until June
• loneliness was the largest predictor of common mental disorders, and this pattern was fairly consistent from April to July.

The researchers point out that it is important to keep monitoring people’s mental health as lockdowns continue, and economic uncertainty causes unemployment and redundancies to increase.

“We haven’t seen the ‘devastating’ effects on mental health that some media reports suggested, and it may be that people’s mental wellbeing recovered by July because they simply got used to the stress of the pandemic and its social and economic effects – but it’s very important that we keep monitoring the situation to see the what happens in the long term, especially as restrictions on normal life continue,” Tarani added.

“This is the first population representative study in the UK to analyse longitudinal changes in mental health,” said Michaela Benzeval, Director of Understanding Society. “These data show that the prevalence of common mental disorders was highest during the first lockdown, with more than one in three adults living in the UK reporting problematic levels of mental health.

“As the pandemic and lockdown progressed, differences in mental health disorders emerged. Despite the lifting of many lockdown conditions by July and a decrease in the levels of many of the psychological and social stressors, common mental disorders continued to affect people who were lonely and those who were made redundant, had financial problems or had childcare or home schooling duties.”